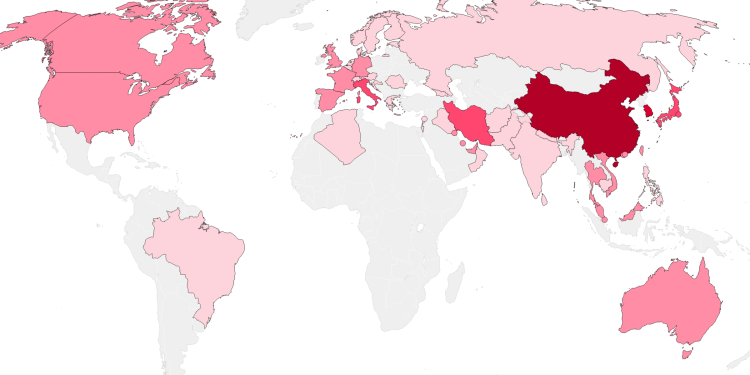 From an article in the New Yorker today:

Coronavirus claimed its first victims in China, and the illness has now appeared in at least forty-eight countries, with cases soaring in Europe and the Middle East. On Wednesday, in response to criticism about his Administration’s response, President Trump held a press conference addressing the epidemic. His performance—as Brian Stauffer’s cover for next week’s magazine suggests—was not entirely persuasive. “We’re doing really well,” Trump said. That day, the Centers for Disease Control and Prevention announced that it had identified, in California, the first U.S. case that had not been contracted from travel abroad, and stocks continued to tumble worldwide.

Who knows where this will end?

Politically speaking, it’s not good news for the American president. I very much like this piece by John Pavlovitz:

You Can’t Gaslight a Pandemic, Donald

A pandemic is problematic for you.

You can’t gaslight a pandemic.

You can’t bully it into compliance.

You can’t lie to it and hope it won’t run a fact check.

You can’t pay for its silence or promise immunity.

You can’t threaten its reelection bid if it breaks ranks.

You can’t fire it when it dissents from your ramblings.

You can’t impugn its character with baseless attacks.

You can’t fool it with talk about God.

You can’t bury it with FoxNews fluff pieces.

You can’t drown it in nationalism.

You can’t dismiss it with cries of fake news.

You can’t pardon it after it completes its assaults.

You can’t give it a demeaning nickname and hope to deflate it.

You can’t rage-Tweet it into exhaustion.

You can’t avoid it by appointing corrupt judges to do your bidding.

You can’t give it free tickets in order to fill vain arena celebrations of your ego.

You can’t frighten it with fairy tales about migrant boogeymen and transgender monsters.

You can’t hope it will blow over while you golf once again.

You can’t mischaracterize it with racial stereotypes.

You can’t pretend you can pray it away.

You can’t blame it on Barack Obama or windmills or the Gay Agenda or Hillary’s emails.

You can’t bullsh*t a pandemic—so nothing you know how to do will help you here.

A pandemic is not an election or a Supreme Court seat or Franklin Graham or Lindsey Graham or the Republican Party—so it cannot be bought.

A pandemic is not an uneducated voting block so it will not be swept up in the emotional fervor of dog and pony patriotism, or duped by ceremonial religiosity.

A pandemic is a reckless, brutal, unruly, violent thing, and none of your sideshow huckster repartee or your cheap parlor tricks or your legal gymnastics will save you or anyone else.

Only intelligent, qualified, reasonable, compassionate people who trust science and want to protect human beings can help at times like these—which is why you are completely useless.

Worse than that, it’s why you will make things much worse.

Pandemics thrive on fear, and fear is your only commodity. It is the one weapon at your disposal—and it only helps the sickness.

In the raking light of an actual emergency, you are being revealed as a fraudulent, callous, completely unprepared and outmatched imposter.

History is recording how ill-equipped you are for the serious, grievous, and terrible things real leaders are required to engage and confront.

You’re being exposed in these days for what you are: a public health crisis endangering millions of people; a reckless, brutal, unruly, violent thing that is spreading sickness.

The only hope we have for a cure comes in November. 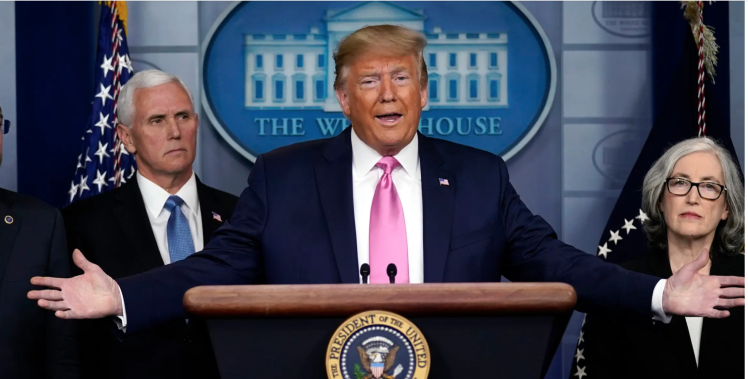 A potpourri of emotions