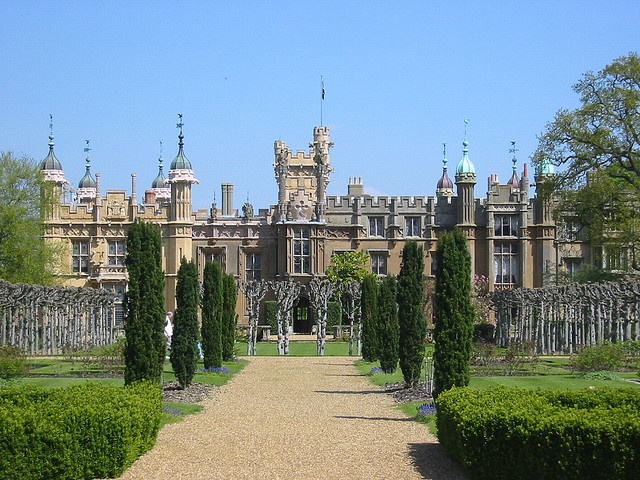 No one does characterization better than the British novelist Jane Austen:

At length the Parsonage was discernible. The garden sloping to the road, the house standing in it, the green pales, and the laurel hedge, everything declared they were arriving. Mr. Collins and Charlotte appeared at the door, and the carriage stopped at the small gate which led by a short gravel walk to the house amidst the nods and smiles of the whole party. In a moment they were all out of the chaise, rejoicing at the sight of each other. Mrs. Collins welcomed her friend with the liveliest pleasure, and Elizabeth was more and more satisfied with coming when she found herself so affectionately received. She saw instantly that her cousin’s manners were not altered by his marriage: his formal civility was just what it had been, and he detained her some minutes at the gate to hear and satisfy his enquiries after all her family. They were then, with no other delay than his pointing out the neatness of the entrance, taken into the house; and as soon as they were in the parlour he welcomed them a second time, with ostentatious formality, to his humble abode, and punctually repeated all his wife’s offers of refreshment.

One thought on “The ostentatious Mr. Collins”