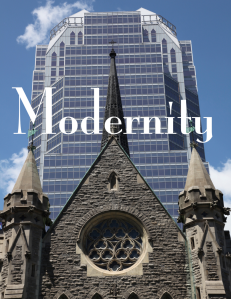 In two weeks I’ll be back at school.

Right now I am nursing a nasty round of bronchitis, and while I wait for a return of good health, I have been working on my syllabus.

In this coming semester I am only teaching one section of one course. The department chair asked me to teach two, but I declined. Teaching just one will give me more preparation time as well as more time for a seminar paper for a conference in June.

This course is called Modernity in Literature. It’s a modification of a course I taught for about four years called MOD CIV: Civilization in the West. The Core Curriculum has been modified, and MOD CIV is gone, replaced by this course.

What is Modernity?   Here are two helpful graphics:

first, the satiric one: 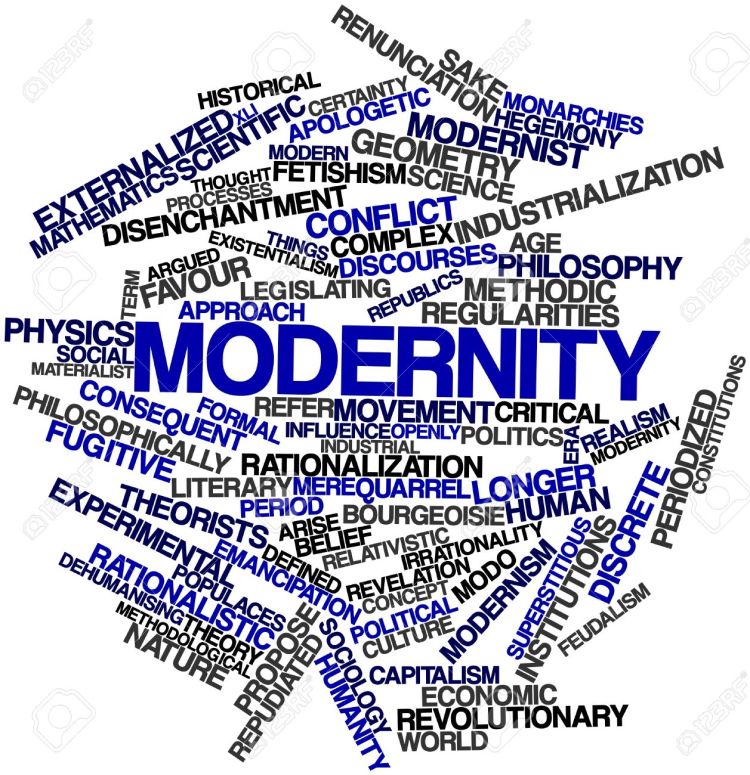 I like it because I get to teach more literature and less history. The history is fascinating, but I won’t have to go into the details of dates and battles and treaties this time around.

I finished the syllabus today, and have begun the work and joy of reading and thinking about the world of Europe and Britain as it was from, say, 1900 to 2001.

I’m expecting that the blog posts for the next months will have that as my subject matter – not in broad strokes, but in flashes of understanding that come upon me in my reading and reflection. 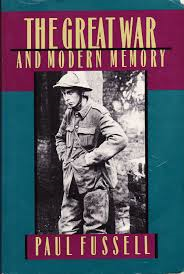 Already, in the first chapter, he’s talking about Thomas Hardy, that late-Victorian novelist and poet. Hardy’s late poems are filled with irony, considering what was coming just 14 years into the 20th century.  Apparently, the soldiers in the trenches were reading his work, including the poem “Ah, Are you Digging on my grave?” in which the departed speaks, and his dog replies.  It’s his dog who has been digging on his grave, not out of grief, but to bury a bone.
Here is a photo of Hardy and his dog: 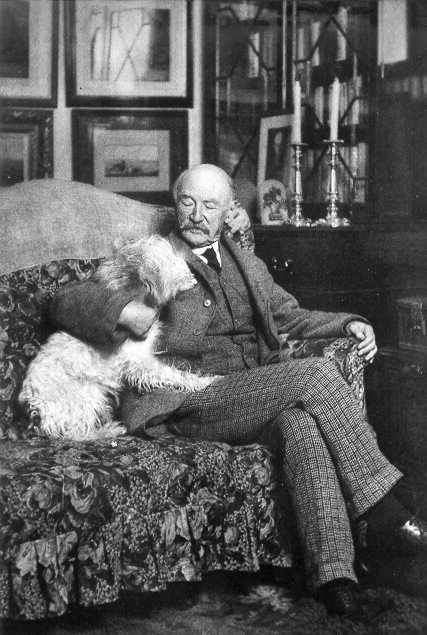 more on this as the days unfold.